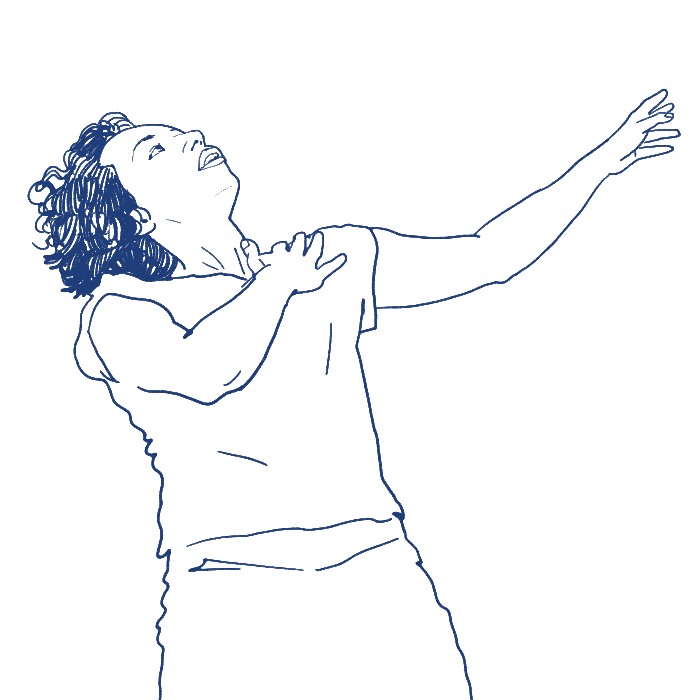 Farah Saleh is a Palestinian dancer born in Syria, she has been dancing since the age of 7. Having developed a keen interest in languages, Farah studied linguistic and cultural mediation and earned a master’s degree in literature translation (Arabic/Italian). In parallel, she studied contemporary dance in Palestine, Italy, France and the UK. In 2009, Farah participated in the Performing Arts Summer School in Palestine organised by Al Qattan Foundation, the Royal Flemish Theater and Les Ballets C de la B, and was recently granted a five-month-residency at La Cité Internationale des Arts in Paris. In the past 10 years, she worked with various companies and in different projects in Palestine, Italy, Belgium and Lebanon. She’s also a permanent member of Sareyyet Ramallah Group based in Ramallah, where she also works as a choreographer and dance teacher.

Since 2010 she took part in local and international projects with Sareyyet Ramallah Dance Company (Palestine), the Royal Flemish Theatre and Les Ballets C de la B (Belgium), Mancopy Dance Company (Denmark/Lebanon), Siljehom/Christophersen (Norway) and Candoco Dance Company (UK). Saleh has also been teaching dance, coordinating and curating artistic projects since 2010 with the Palestinian Circus School, Sareyyet Ramallah and the Ramallah Contemporary Dance Festival. In 2016 she co-founded the Ramallah Dance Summer School, which will run on a yearly basis. In 2014 she won the third prize of the Young Artist of the YearAward (YAYA) organized by A.M. Qattan Foundation in Palestine for her installation A Fidayee Son in Moscow and in 2016 she won the dance prize of Palest’In and Out Festival in Paris for the duet La Même. She is currently an Associate Artist at Dance Base in Edinburgh, UK.

MTT’s project
In late 2018 The Goethe-Institut Ramallah invited experts from Palestine and Germany to take part in discussions on the connection between cultural heritage and architecture. Subtleties of the Palestinian architecture-discourse were explored in these conversations and possible analogies drawn to German discourses. Also questions about the body and individuality in relation to space, architecture and cultural heritage were raised: How is our body connected to a space? And what happens, if this space vanishes? Will a part of the heritage disappear or is the loss a new heritage? The discussions were audio visually documented and transcribed. Choreographers Farah Saleh (PAL/UK) and Mirjam Sögner (DE/AT) respond to the material in a collaborative performance.